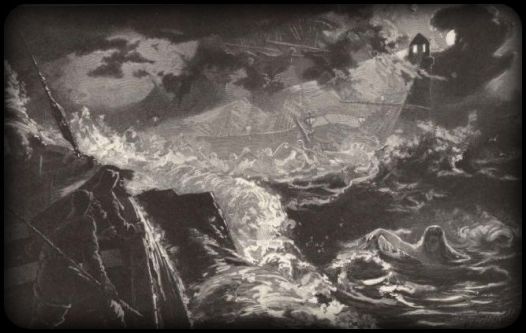 The girls are laughing with the boys, and gaming by the fire,
They’re wishful, every one of them, to see her heart’s desire,
Twas Thesie cut the barnbrack and found the ring inside,
Before next Hallows’ E’en has dawned herself will be a bride.

But little Mollie stands alone outside the cabin door,
And breaks her heart for one the waves threw dead upon the shore.

Twas Katie’s nut lepped from the hearth, and left poor Pat’s alone
But Ellen’s stayed by Christy Byrne’s upon the wide hearthstone.
An’ all the while the childher bobbed for apples set afloat,
The old men smoked their pipes and talked about the foundered boat,

But Mollie walked upon the cliff, and never feared the rain;
She called the name of one she loved and bid him come again

Young Peter pulled the cabbage-stump to win a wealthy wife,
Rosanna threw the apple-peel to know who’d share her life;
And Lizzie had a looking-glass she’d hid in some dark place
To try if there, foreninst her own, she’d see her comrade’s face.

But Mollie walked along the quay where Terry’s feet had trod,
And sobbed her grief out in the night, with no one near but God.

She heard the laughter from the house, she heard the fiddle played;
She called her dead love to her side—why should she be afraid?
She took his cold hands in her own, she had no thought of dread,
And not a star looked out to watch the living kiss the dead.

The lads are gaming with the girls, and laughing by the fire.
But Mollie in the cold, dark night, has found her heart’s desire. 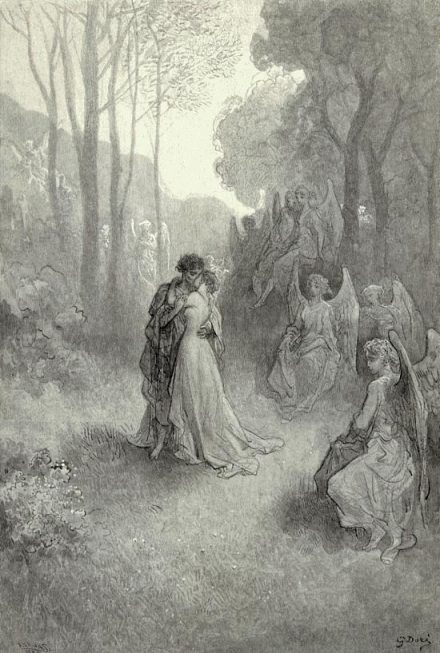 – “The Vampire” by Madison Julius Cawein

– “The Return” by  Minna Irving