They Landed Lincoln! Walker Stalker Con News and My Interview with James Frazier and Eric Nordhoff

James Frazier and Eric Nordhoff, the creators of Walker Stalkers Podcast and The Walker Stalker Convention, were nice enough to “sit down” with me via Skype and chat about the upcoming convention (bear with me- this was my first interview via Skype!).

If you have yet to tune into their podcast, do yourself a favor and put it on your list of things to do, like now. These guys are goofballs in the best sense of the word. Their podcast is both entertaining and insightful for those of us hardcore Walking Dead fans. During the interview it was very clear that they have both put their hearts, souls, and any other body parts they may have left into this convention. The photo ops are to die for! Where else can you can get a photo with 90% of the main cast? 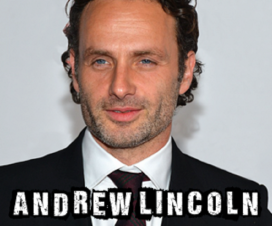 As if the upcoming Walker Stalker convention wasn’t good enough, they went and landed lead actor (and constant Emmy snub) Andrew Lincoln! This is a HUGE accomplishment because AL typically only does a couple of conventions a year. If you were unable to go to San Diego Comic Con or New York Comic Con, then this will be your only chance to rub elbows with the man who spawned the term “Ricktatorship.”

There is something going on literally every minute of the convention and I am pretty sure it will take me weeks to recover from this one. After all, there is nothing quite like a convention hangover!

Like Loading...
‹ “The Spider and the Ghost of the Fly” by Vachel Lindsay
Horror Gif of the Week: I Love You ›