I Don’t Give a Damn, I Done Dead Already: Presenting Daryl Dixon 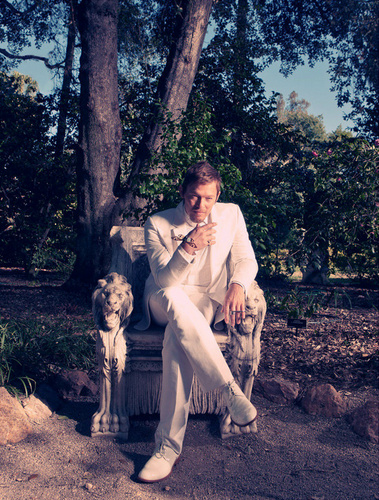 Darlings, in light of last night’s return of The Walking Dead and the fact that it is, after all, Valentine’s Week here on The Year of Halloween, I thought I’d get things started with a little featurette on that swaggering oddball of sexy that is Norman Reedus, AKA undead-killing juggernaut of the American southeast, Daryl Dixon.

While we’ve mentioned Reedus here on TYoH before, what you may not know is that prior to becoming the zombie-annihilating redneck the ladies love to love, Norman’s unconventional looks landed him modeling jobs with Prada, Alessandro Dell’Acqua, and Lexus. He has also appeared in multiple music videos over the years, plus has a titanium eye-socket from a car accident in 2005 (which  – let’s face it – basically makes him a cyborg). Reedus first gained a cult following with 1999′s The Boondock Saints, followed by a smattering of roles throughout the early 2000′s.

His ascension into the public eye, however, began with his scene-stealing portrayal of the unwashed but dead sexy Daryl Dixon on The Walking Dead. Tight-lipped, competent, gritty, and with – we suspect – a warm, gooey center, Reedus’s Daryl has become the unlikely hero-slash-heart-throb of the series.  So in honor of his return to Sunday nights, here is a collection of photos to take you on a little (okay, extensive) pictorial tour of the depth and breadth of Mr. Reedus’s very versatile career.  Enjoy!

– A Long Procession of the Dead: Cockneys vs Zombies Trailer

Like Loading...
‹ Silent Sundays: The Brain Eaters (1958)
The Masquerade of the Eternities: Dramatic Mask and Makeup Tutorial ›