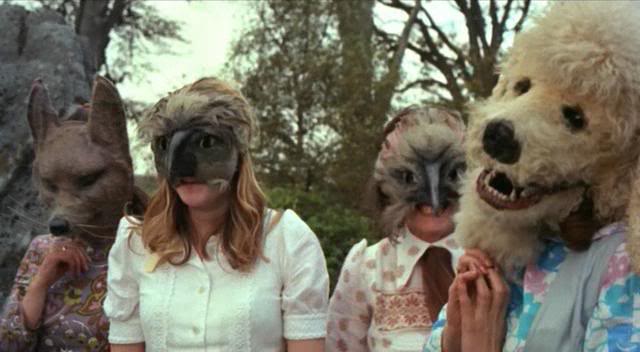 Kittens, we are rapidly approach the first of May, a cross quarter day that graces the Wheel of the Year directly across from Samhain on Novermber 1. May Day, a pagan-rooted festival of bonfires and revelry traditionally held on the first of May, celebrates the lengthening of days and the coming arrival of summer. Over time, as pre-Christian practices were recast in sinister terms, rumors arose that the May Queen, a young lady traditionally selected to lead the May Day celebration, was once sacrificed as part of the festivities to ensure the fruitfulness of the coming harvest. This whispered practice is put to brilliant effect to illustrate the tension between clashing cultures in the 1973 horror cult classic The Wicker Man, as a rigidly devoutly Christian detective investigates a missing child on a isolated Hebridean island still steeped in pagan traditions.

Although The Wicker Man was plagued with distribution problems resulting in questionably edited versions, a 40th anniversary lost director’s cut edition was recently released and is well worth the watch. Even the original release, championed by horror legend Christopher Lee (who stars as Lord Summerisle), is a fascinating fever dream of dark tension, quirky humor, and the undercurrent of the culture wars of the 1970’s. With May Day coming this Thursday, why not give The Wicker Man a watch as part of your celebration?  If you prefer a more modern take on similar themes, skip the laughably bad Nicholas Cage 2006 remake and check out the disturbing slow boil of Kill List or the darkly comedic Hot Fuzz instead.