Home › Guest Writers › My Name is Le Clown: For We are Many

My Name is Le Clown: For We are Many

Le Clown is a pretentious douche. But you knew that. Should we start again? Why is Le Clown even asking you… Let’s start again.

Le Clown is a pretentious douche. He reads Milan Kundera, quotes Noam Chomsky, enjoys jazz, trademarks™ everything, refers to himself in the third person, and chances are, he’s probably, most certainly, your daddy. If Le Clown wasn’t Le Clown, Le Clown would dislike Le Clown because of the pretentious douche that he is. When Le Clown isn’t busy tooting his own horn, or stroking his ego, or spreading the Magnificent™ Gospel of Le Clown™ on the interwebs,  Le Clown watches horror flicks. And so should you.

HOW HAVE YOU FALLEN FROM HEAVEN, O LUCIFER, SON OF THE MORNING

…So God kicked the devil out from the skies, and the Lord of Darkness was born. Scary shit… unless you’re a clown. Here’s where the real root of evil stems from… Come on, come closer, and listen to Le Clown’s story:

1980. In a theater somewhere in Montreal. A 9 year old boy was exposed to The Grady Daughters, bleeding elevators, and the ugly mask-less humanoid from The Black Hole, all in one afternoon. That same night, the boy peed in his bed, and suffered from night terrors. As if this wasn’t enough, his pot loving parents thought it would be sweet if the family would later watch The Exorcist  together on a Betamax. That night, while the boy witnessed the exorcism of Regan MacNeil, Eric died, and Le Clown was born. 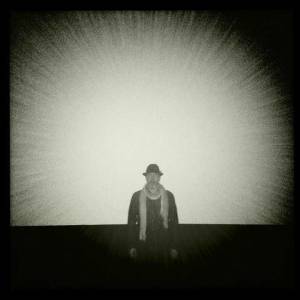 A few years later, Le Magnificent™ Clown caught Evil Dead on a Friday night. There might have been some popcorn, perhaps even a soda pop. If Le Clown’s memory serves him right, he sat beside a girl he liked, who was much less magnificent™ than His Magnificence™, but who was known to enjoy le French kissing if you would buy her popcorn and a soda pop, during a Sam Raimi movie. There was no spit swapping during the flick… just [Le Clown’s] cries, [Le Clown’s] nails in [le French Kissing Girl’s] skin, and a hasty “don’t ever call me again, Le Scary Cat Clown“… That same night, Le Clown peed in his bed, and stopped sleeping, ever again.

Eat Pennywise‘s poo on the Carnival Triumph, Samara (not you, Sadako, even though you came first) and your videotape… Le Clown doesn’t understand coulrophobia when there’s little girls like Samara out there… And what is it with creepy children in horror flicks? They manage to scare Le Clown even more than Oscar Pistorius, and ex-pope Benedict XVI (not you, Paul Ryan, you’re one screwed up dude). Ghost stories, possessions, hauntings, these are Le Clown’s favourite horror movies, and there isn’t a goddamn thing Milan Kundera can say about it… which is why Le Clown will suggest three magnificent™ splatter films, cause he is all about consistency. You’re welcome. 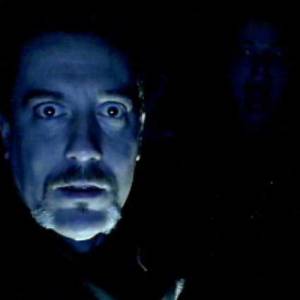 That movie was so, much, fun… like wasabi ice cream, or a kitten kneading on the skin of your leg.

Le Clown is on the fence about this one, like, trying to jump over the fence, getting your leg caught between two posts, and ripping it off. Drama? Yes. Tragic? Indeed. Horror? Absolutely. Loved it, and will never watch it again.

An underground feel to this one, like every character exists on the fringes of society, like a blogging clown. And if this wasn’t enough, it was filmed in Canada.

– Here Is a List of Terrible Things: 5 Under-the-Radar Horror Films to Watch Now

– You’ve Always Been the Caretaker: The “Room 237″ Kubrick Documentary

Tags: A Clown on Fire, American Mary, coulrophobia, Evil Dead, Excision, horror movies, Le Clown, The Black Hole, The Exorcist, The Grady Daughters, The Loved Ones, The Ring, The Shining