Kittens, most of you are likely familiar with the 1902 short story by W. W. Jacobs, The Monkey’s Paw, in which a magical talisman interprets a careless wish in the most frightfully literal way possible. Today’s featured horror short, The Umbrella Factory, directed by Lexie Findarle and Nick Trivundz for the creative group Naissance, takes a darkly beautiful animated spin on the classic tale of fate, avarice and regret. Enjoy! 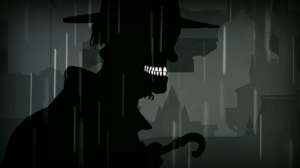