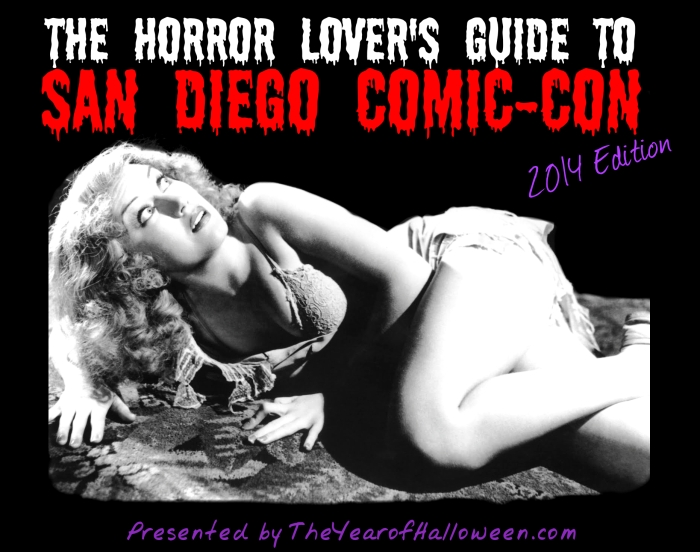 Kittens, we are just two days from the start of San Diego Comic-Con International and it is time to talk about the con itself. In the event’s nearly 50 year history, its focus has shifted from primarily comics to sci-fi, fantasy, and horror entertainment of all types, becoming one of the largest pop-culture conventions in the US. With a massive list of exhibitors, artists, special guests, panels and events, and more spanning four days, how is any good horror
enthusiast to get the most out of this sprawling assortment of activities? Why, with part two of our TYoH Horror Lovers’ Guide to San Diego Comic-Con 2014! Today’s post covers our top 25 picks for horror events inside Comic-Con 2014. Check out the list below of official panels and activities for horror lovers (and for those of you in need of fresh air – or feeling the sting of not getting a coveted pass to the big show – visit part one of our guide to see this weekend’s best horror events not requiring a Comic-Con badge).

10:30am – 11:30am  Behind the Music: Crime, Death and Resurrection:  Featuring composers James Levine (American Horror Story), Jeff Russo (Fargo), Daniel Licht (Dexter), Brian Reitzell (Hannibal, 30 Days of Night), Steve Jablonsky (Lone Survivor, Ender’s Game), Christopher Young (Deliver Us From Evil, Dominion) as they share their secrets for getting us to the edge of our seats as blood spills on screen. With special guest moderator Shane West (Nikita, Salem) and exclusive fan giveaways. Room 4.

1:00pm – 1:30pm Comics Arts Conference Session #3: British Comics, Genre, and the Special Relationship with American Comics: Chris Murray (University of Dundee) discusses the often-overlooked and peculiar history of British superheroes, arguing that they reflect the changing relationship between the two countries in the aftermath of WWII. Julia Round (Bournemouth University) investigates the use of gothic and horror tropes in British girls’ comics of the 70s and 80s, which draw on tropes of the previous generation of American horror comics. Phillip Vaughan analyzes British scifi comics in terms of the influence from American comics, and  their relationship to television and film. Room 26AB.

1:00pm – 2:00pm  Drawing on Your Nightmares: Modern Horror in Comics: Horror has been one of the cornerstones of the Dark Horse publishing line for year. Join editor-in-chief Scott Allie and PR director Jeremy Atkins, along with Eric Powell (The Goon), Mike Huddleston (The Strain), Juan Ferreyra (Colder), and more for sneak peeks, announcements, and other surprises. Room 23ABC.

6:00pm – 7:00pm  Penny Dreadful Panel: Creator and showrunner John Logan is joined by Josh Hartnett, Reeve Carney, and Harry Treadaway. The panel will be moderated by Emmy Award-nominated actress and host Aisha Tyler (Archer) and is rumored to be giving out decks of tarot cards. Ballroom 20. 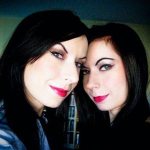 7:00pm – 8:00pm   A Look Behind the Horror of Leprechaun Origins and See No Evil 2: The panel will feature See No Evil 2 directors Jen and Sylvia Soska, the twisted twins of American Mary fame, who will be joined by their on-screen psychopath WWE Superstar Kane. Room 7AB. 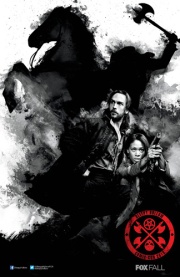 6:00pm – 7:00pm  Three Flavors of Zombie: Expanding the Universe of Dead Island: With three Dead Island games spanning three different genres concurrently in development, sit in on discussions with producers and developers from all games, moderated by Aubrey Norris (director of marketing & PR, Deep Silver). The panel will detail both newly announced games, Dead Island 2 and Escape Dead Island, as well as detail how all three games tell their own unique perspective on the larger Dead Island universe.  Exclusive swag promised. Room 25ABC.

10:00am – 11:00am  Emily the Strange Panel: Join Emily the Strange creator Rob Reger and his cast of Strangers for their annual panel experience and get the insider scoop on the all-ages Dark Horse comic book series Emily and the Strangers, including sneak peeks at new artwork and story lines from upcoming issues. Hear some snippets of new tracks from Emily and the Strangers and see behind-the-scenes footage of the making of the Calling All Guitars animated music video. As always, audience participation will be encouraged and perhaps enforced with plenty of rewards for being strange…Oh yeah, and some Q&A with updates on the feature film development.

4:30pm – 5:30pm  Creepy & Eerie – 21st-Century Horror: A ghoulish panel of horror freaks discuss the impact and influence of the classic Warren horror titles Creepy and Eerie on modern horror creators in film, TV and of course, comics, and publisher Dark Horse announces special plans for the 50th anniversary of Creepy. Moderated by Gemstone’s J. C. Vaughn and consulting editor and writer Dan Braun, panelists include sculptor Justin Mabry and Chris Zephro of Trick or Treat Studios and New Comic Company’s Josh Braun. Throw in a couple of surprise Creepy artists and writers and they’ll have quite a stew for you. Plus: awesome Creepy swag! Room 24ABC.

8:30 pm – 11:30 pm  40th annual San Diego Comic-Con Costume Competition: Known as the SDCC Masquerade Ball, it’s really more of an on-stage costume competition than a dance, but the event is a must-see for fans of cosplay, costuming, and make-up effects. Participants must prepare a presentation to go with their costume in exchange for the chance to win cash and prizes. Tickets are free and handed out beginning at 2:00pm Saturday, but you can also watch from the Sails Pavilion and other ballrooms. Doors open at 7:45pm for audience seating.  More details on the show and ticket process here.

You can find a complete list of horror and suspense panels at San Diego Comic-Con here, and check out our list of best horror events this weekend that don’t require a badge for more Comic-Con activities. For a great place to eat near the convention center, read My Burning Kitchen’s guide to Where To Eat Downtown During San Diego Comic-Con. If you’ve had your fill of the downtown crowds for a while, consider giving one of San Diego’s top 10 spookiest spots a visit.

– I Got a Bad Desire: 13 Unique Gifts for Horror Lovers