This week’s featured short is Dead Friends, a bizarre little tale from writer and director Stephen Martin.  With no dialog and an 11 minute run time, this 2011 short tells the story of nine-year-old Lola Turtle, who lights upon an idea to grow a best friend when it becomes clear that no candidate exists among the other local girls. Created for Vancouver’s Crazy 8’s Film Festival (just 8 days from pre-production through post-production), Dead Friends is hard to define. It has a kind of comic book magical realism with a whimsical horror edge; the quirkiness of Pushing Daisies paired with a much freer hand on the gore. Despite resisting categorization, the film is a fun watch, and I have high hopes for Martin’s follow-on short, Dead Hearts. Enjoy! 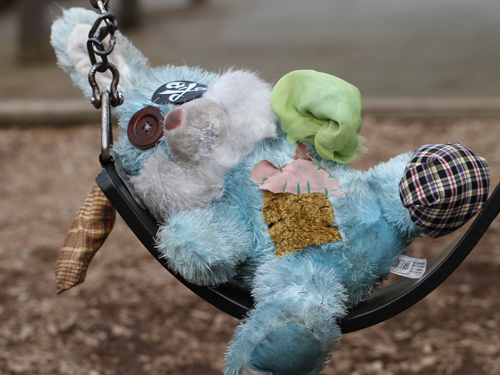