Home › Art & Inspiration › Conventions and Haunts › February is for Lovers…Convention Lovers, That Is

February is for Lovers…Convention Lovers, That Is

Oh 2014, much like my rickety bones in the morning, you started off a little slow but picked up nicely a little later on with Wizard World happening in Portland, Oregon and HauntCon happening in Houston, Texas.  February, on the other hand, fires off like a shot pistol at the beginning of a marathon. The first full weekend in February has two extremely impressive conventions. The first Con is Kirk von Hammett’s inaugural Fear FestEvil in San Francisco, California. Held at the Regency Ballroom February 6-8, this convention promises to please not only horror fans but heavy metal fans as well. If you have heard of Kirk von Hammett (and if you haven’t, then seriously come out from under that rock. There is cool shit going on up here), then you know he is part of the epicness that is Metallica. What you may not know about him is that he is seriously obsessed with horror. Can shred a guitar and has one of the best horror movie memorabilia collections on the planet? I am pretty sure that qualifies him for coolest man on earth. 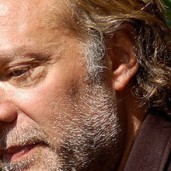 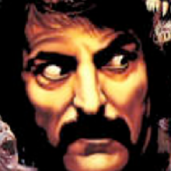 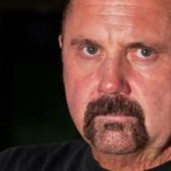 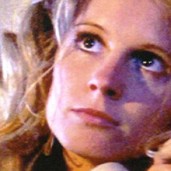 The guest list is pretty impressive for this inaugural convention. Crowd pleasers such as FX Guru’s Greg Nicotero and Tom Savini will be there. PJ Soles from Halloween and Rock n Roll High School will be on hand for autographs as well. Bela Lugosi, Jr. and Sara Karloff will be talking about their famous fathers and Kane Hodder will be there to put you in a choke hold. There are also several concerts taking place at the event as well as panel discussions with Scott Ian and Slash. The complete list of guests can be found here. The ticket prices are pretty reasonable. For a nominal fee you can even get a glimpse at Hammett’s famous memorabilia collection, lovingly referred to as “The Crypt”. If you have had the pleasure of browsing through his book Too Much Horror Business:The Kirk Hammett Collection, this is not a collection to be missed if you have the opportunity to view it in person.

The folks over at Wizard World have gone and done it again. February 7-9th they are hosting one hell of a convention in New Orleans, Louisiana. Scoring Matt Smith, the 11th Doctor, is sure to draw in some good numbers to this year’s New Orleans Comic Con. The fact that they have several cast members of The Walking Dead doesn’t hurt either. Michael Rooker, Norman Reedus, Steven Yuen and Jon Bernthal will all be on hand.  Zach Galligan of Gremlin’s, Hatchet and Waxworks fame will be there yuckin it up with attendees as well. Michael Biehn and Linda Hamilton will be there to talk all about Arnold and sign autographs and take pictures. If you are in the area it is worth checking out. As always the wonderful folks at Celeb Photo Ops will be there to capture that moment when Norman Reedus licks your cheek.  For a complete list of guests check their website.

As always, Happy Conning everyone and I really mean it when I say I want pictures. The first person to send me a picture of Matt Smith holding a sign that says “I Love You Choo” wins….. not sure what, be you win.

– January Con Schedule Starts Off Slow But Ends With a Wallop

– 2013 Convention Schedule Going Out With a Bang in December

Like Loading...
‹ Once I Loved a Spider: Robotic Couture by Anouk Wipprecht
Unimaginable Cosmic Castles: 9 Winter Horror Tales to Keep You Warm ›