Home › Art & Inspiration › Conventions and Haunts › March: In Like a Walker and Out Like a Wizard (Part 2)

Literally days after returning from Chicago for Walker Stalker Con, I was on to my next convention. The Mad Monster Party of Charlotte, hosted at the University Hilton Hotel had one hell of a “can’t miss” guest list. Heather Langenkamp, Tom Savini, Corey Feldman, Sid Haig, Bill Mosely, Henry Winkler, Elvira and many, many more celeb guests were on hand to sign your swag and smile for a “selfie.” Our Haunted Hostess Eva Halloween, Acadia Einstein, and I set up a vendor table to bring our world to the masses. We are pretty sure we made a lot of new friends! 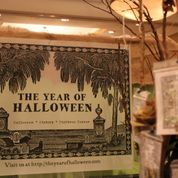 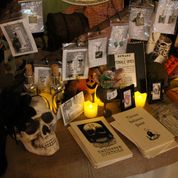 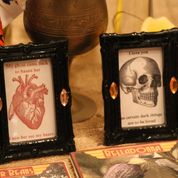 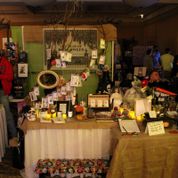 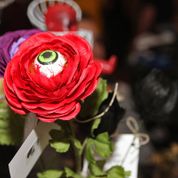 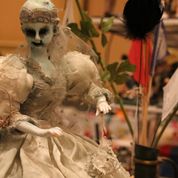 As far as the convention itself…I can describe as a shoulder-shrugging “Meh.”  Don’t get me wrong.. The guest list was amazing, the vendors were super cool (wink, wink) and there was not a lack of concessions, which can sometimes be an issue.  The problem, as in real estate, was location, location, location. This venue was not cut out for the caliber of celebrity guests they had. The layout was super confusing because they had celeb guests kind of scattered about. For the more popular guests, there were not structured lines. Their table would appear line free and then when you went to approach them you were taunted like Ralphie in A Christmas Story… “Hey kid…the line starts over there”… and be promptly pointed in a very awkward direction.  The volunteers seemed to be just as lost as attendees, something that could be improved with a little more organization and training.

Panels were a whole other story. They were actually located outside of the hotel in a tent. Plenty of seating but in order to get to a panel you had to fight your way through the very narrow convention floor walk through, take two escalators and go outside…Meh. Seeing as this is their third year in, I would hope that year four will end up in a convention center with space and room to move around. Rumor has it they were turned away by the Charlotte convention center this year. Hopefully with the size of the MMP 2014 turnout, they will find a way to make this happen next year and then it would be just perfect! 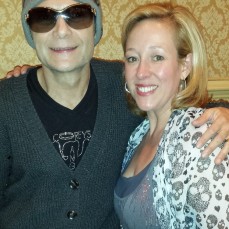 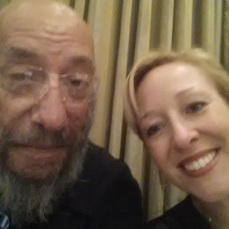 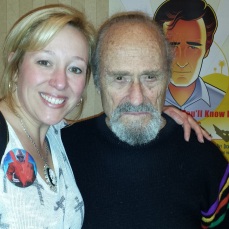 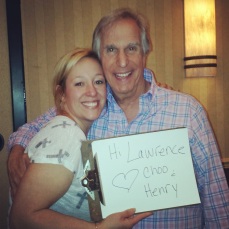 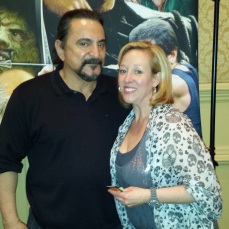 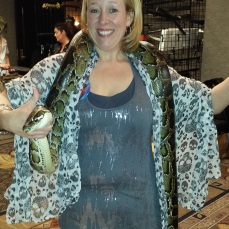 If you thought that my March was over, you would be sorely mistaken. Less than a week later and an 8 hour drive, I landed in Louisville, Kentucky for Wizard World. This was my first experience with a Wizard World convention and I have to say that I was very impressed. Getting into the venue (The Kentucky International Convention Center) went off without a hitch. They mass emailed everyone the night before letting them know what time they should arrive for registration. Once in the doors we were able to wait outside the showroom doors until they opened and once they opened….This happened.. 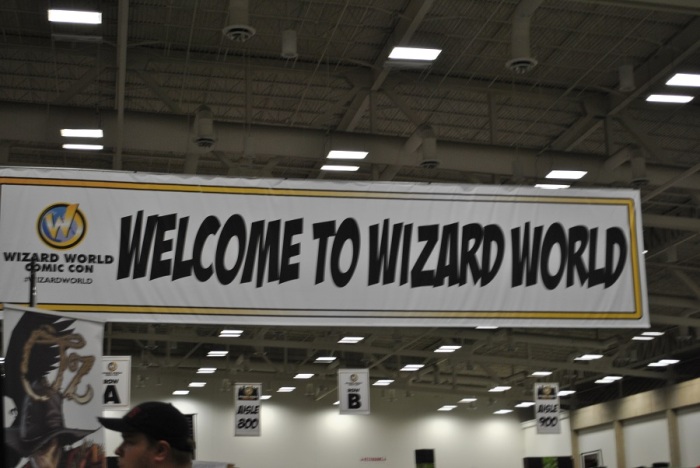 I am a girl who loves a banner. They seem to get me in the convention spirit. Just inside the doors I rushed over to CelebPhoto Ops because I had a rendezvous with the 11th Doctor and The Girl Who Waited. Yep..pictures with Matt Smith and Karen Gillian. Celebphoto Ops did a fantastic job as always and I even had a hot minute to get a quick ‘selfie’ with my girl Kitsie Duncan.  The guest list was great for this convention as well. This was an incredibly large venue with plenty of spots to sit and get away from the crowd. 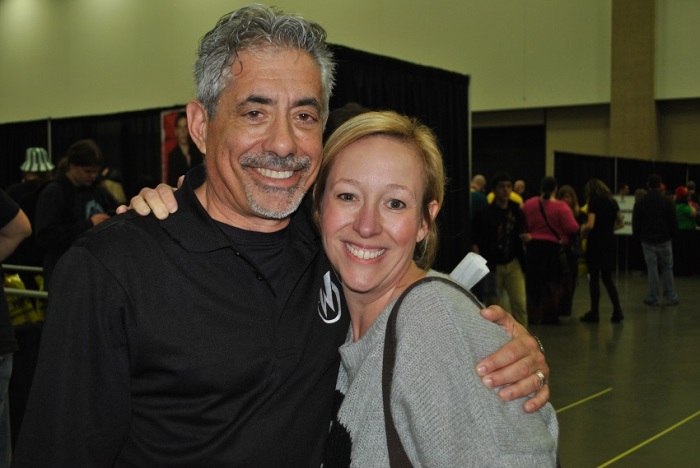 I had the pleasure of meeting John Macaluso, CEO of Wizard World. I told him that I wanted to shake his hand. He seemed a little taken aback until I explained that it was people like him that let convention crawlers like me share space with the likes of Matt Smith, Karen Gillian, Michael Rooker, Jon Bernthal, Jon Heder, Sean Astin, Manu Bennett, Sean Patrick Flannery, artist Arthur Suydam and many, many more. 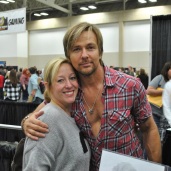 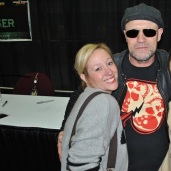 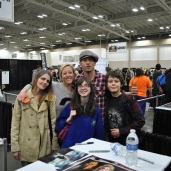 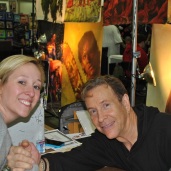 Their panels were nicely scheduled and the locations of the panels were conveniently located one floor below the main part of the convention. The volunteers were on top of things (and I happened to run into some of my volunteer comrades from Walker Stalker Con!) and there was never an “I don’t know” answer. All in all I think it ran very smoothly. I only spent one day there and was absolutely exhausted by the time I drug myself out of there. I will definitely look into attending another Wizarld World event in the future!  The cosplayers were amazing so feel free to enjoy the large gallery of examples! 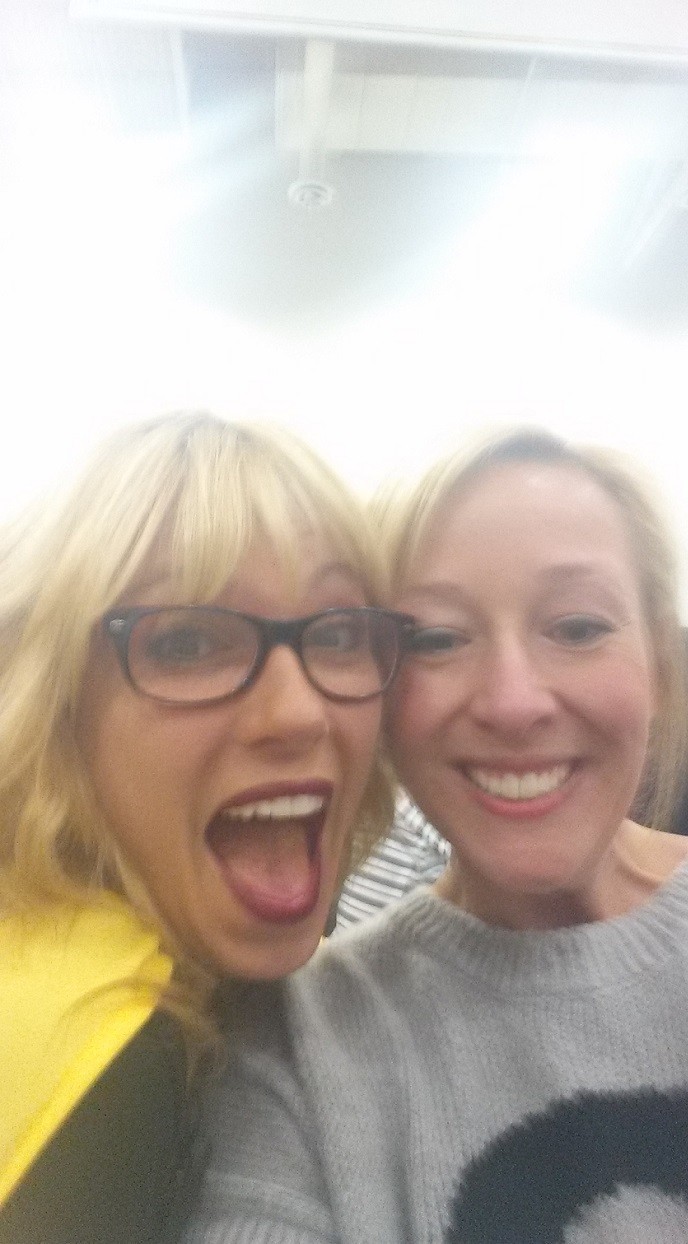 With the amazing Kitsie Duncan

– Paranormal Activity: My Interview with Kitsie Duncan of Oddity Files

– It Was a Monster’s Holiday: 31 Mad Monster Party Cosplayers

Like Loading...
‹ When You Play the Game of Thrones: Costume Inspiration
31 Halloween Activities #2: Watch “The Great Pumpkin” ›