Home › Art & Inspiration › Conventions and Haunts › A Weekend of Wizards and Walkers: Part 1

A Weekend of Wizards and Walkers: Part 1 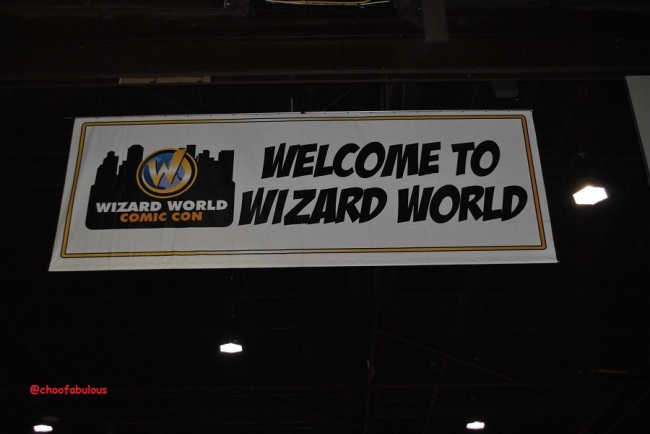 After a lengthy dry spell on the convention front I decided that it was time to leave my cave in search of my one true love….horror conventions. I wanted something relatively close to me as my broom stick budget was a little low. After doing my typical calendar search i realized that Wizard World was coming to Atlanta. Not a bad drive at all. When laying out my plans I realized that The Walking Dead Escape had scheduled an event at Philips Arena which was right next to the Georgia Congress Center where WW was taking place. Like Charlie Sheen’s past I felt I was #winning…A few phone calls later I was all lined up to go and hit the road. The drive to Atlanta isn’t bad until you actually get to Atlanta….if you aren’t a praying kind of person you will find some sort of religion as you are trying desperately to get off of the highway and reach your destination. Luckily the convention location was not hard to find and I had pre-purchased parking passes (always see if this is an option before going to a convention. It will save you a lot of time and hassle driving around a city you know nothing about looking for parking). The only issue I had at this point was a very full bladder and no clue how far away the restroom was….all I can say is thank you 32 oz Big gulp cup….As Forest Gump would say…”That’s all I have to say about that”.

The Wizard World folks again chose a very nice venue with a lot of space and the ability to take a breather if needed. Ticketing and badge pick up could not have gone smoother (they really excel in this area!) The line up with this one was a little repetitive. This is standard though as cons typically book the talent that is hot and going to bring the crowds so in that regard the line up was spot on. I like a little more horror in my conventions but was very pleased with guest Michael Rooker from AMC’s The Walking Dead, Meyrick Murphy also from TWD, as well as “The Reedus”  aka Norman Reedus.  James Marsters from Buffy the Vampire Slayer fame was on hand and I can only describe him as “delicious.” Other celeb guests included Kevin Sorbo (totally still as hot as ever) Milo Ventimiglia from Heros, everyone’s favorite Power Ranger, Jason David Frank, the girl who waited, Karen Gillian, and the legend himself, Stan Lee. There were a few guests that were added last minute. One was Keith Brooks…. just think Season 4 TWD season finale….creepy guy who wants to do things to Carl…..yes, that guy. Well, in real life he is not the least bit rapey! Sweetest guy ever. Keep an eye out for him. I am pretty sure we will see him around doing less Deliverance type roles. 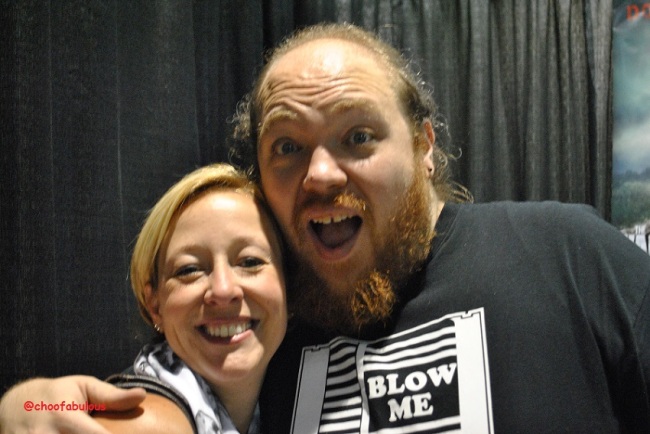 I was able to catch the James Marsters panel and I have a little video snippet for you. In it he explains a slight misunderstanding of John Barrowman’s flirtatious nature..

One of the things that I love about going to conventions is looking at the vendor booths. You can find some really fantastic unique items. What I want to do for all future con posts is feature one special vendor! My choice for this con was Sire’s Crown Eyewear. Based out of L.A. these two guys make beautiful eyeglasses out of wood. They also sell a line of eyewear that uses Vintage Comic Book images. A-mazing. . They do some pretty fantastic work!

As with any Wizard World Convention there are cosplayers. This time around it seemed like there were not that many as I have seen in cons past. Be sure to check out the gallery to see the few cosplayers that I did happen to catch in action! If you think this all sounded like a great time…it didn’t end there. Be sure to check out my next post on The Walking Dead Escape.

– February is For Convention Lovers….Part Deux

– It Was a Monster’s Holiday: 31 Mad Monster Party Cosplayers