A Mournful Train of Sentenced Souls: The Superstition of St. Mark’s Eve 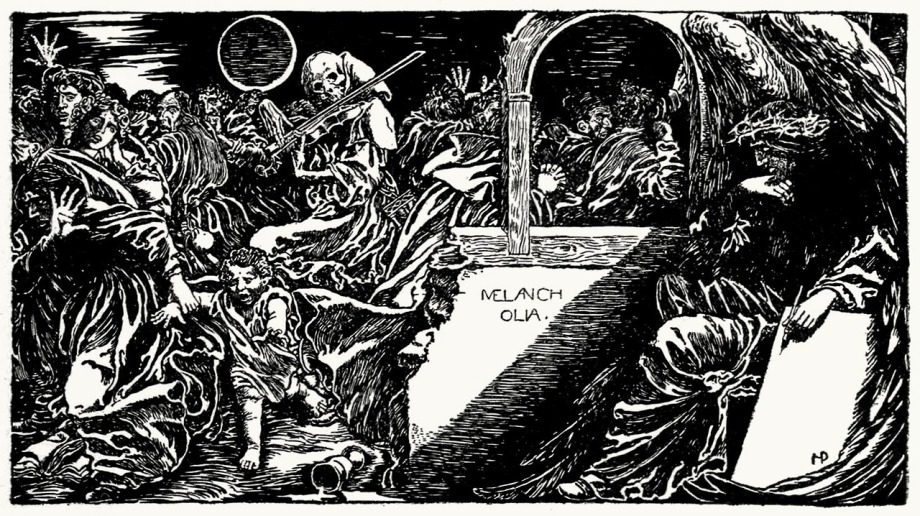 For people in the English countryside, April 24th was once a night for a macabre tradition, standing vigil to foresee who among them would die in the coming year. On this night, St. Mark’s Eve, those who gathered at the churchyard just before midnight could witness a parade of ghosts headed to the church, ghosts of those doomed to die before the next St. Mark’s Eve.

“There are variations of detail; some sources say the watcher must be fasting, others that he must circle the church before taking up his position; some say he will see headless or rotting corpses approaching, or coffins, but most describe identifiable wraiths. ‘Those who are to die soon, enter the first, and those who will almost survive the year do not approach until nearly one o’clock.… If the person is to be drowned, his representative will come as if struggling and splashing in water, and so on for other cases of premature death…Those who would become gravely but not fatally ill…would approach the church and peep in, but not enter. There are several tales of watchers who saw their own wraith, and died not long after.” (St. Mark’s Eve)

The practice seems to be well established by the beginning of the 1600’s, a grim time when Europe was washed with successive waves of plagues and death was a common companion. Small wonder, then, that descriptions of the death omens were nothing short of ghoulish.

“Then appears, coming towards the church porch, the minister of the place, with a book in his hand, and after him one in a winding-sheet, whom they both knew to resemble one of their neighbours. The church doors immediately fly open, and through pass the apparitions, and then the doors clap to again. Then they seem to hear a muttering, as if it were the burial service, with a rattling of bones and noise of earth, as in the filling up of a grave. Suddenly a still silence, and immediately after the apparition of the curate again, with another of their neighbours following in a winding-sheet, and so a third, fourth, and fifth, every one attended with the same circumstances as the first.” (Book of Days)

Dread over being seen in the parade of St. Mark’s Eve specters was felt so deeply by believers that ill people who heard their spirit had walked in that frightful hour were believed to worsen and die solely based on their rumored appearance. The practice continued well into the 19th century, as recorded by James Montgomery in The Vigil of St. Mark, with lovely, trembling Ella convincing her fiancé Edmund to observe the tradition…to a ghastly result.

How, when the midnight signal tolls,
Along the churchyard green
A mournful train of sentenced souls
In winding-sheets are seen.

The ghosts of all whom death shall doom
Within the coming year,
In pale procession walk the gloom.
Amid the silence drear.

If you find yourself with time on your hands this evening, why not revive an old tradition and try standing watch tonight? Vigils were said to take place from 11:00pm to 1:00am at the churchyard. Take care, however; legend has it that any watcher careless enough to fall asleep on St. Mark’s Eve will certainly be doomed to see their own shade gliding through the church doors and down unto death. 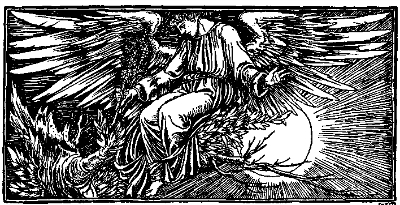 To learn more about the traditions of St. Mark’s Eve, visit The Book of Days and Doomed to Die on St. Mark’s Eve. For more on artist Howard Pyle, visit 100 Years of Illustration.

– My Darling, My Ghost: Turn of the Century Spirit Photography

– And Mine Lippes Blaken: Five Medieval Medical Conditions That Made You Look Like a Zombie